BILL C-45. The illegitimate child of the Harper government, spawned asexually. No one else was needed to make this baby. It’s easier that way. You don’t need consent. C is for controversy. No.. C-45 isn’t a short name for Colt 45. Misleading huh?

This bill is only a sample of the several bills affecting First Nations.

Some of the changes found in this lovely bill are as follows:

Changes to the Navigation Protection Act (RENAMED) remove 99.5 % of the protection once held from Canadian lakes and rivers. This means that projects that would have had to prove to the Federal Government that they would not harm our waterways…no longer have to do this. Why? Cash Rules Everything Around Me CREAM get the money. Another river gone ya’ll.

Environmental assessment Act- Major Projects, like I don’t know lets say… Enbridge… that would normally take 6 years to approve.. Now take 24 months, cutting the time by over half.

Indian Act amendments Hey you there, with the land! Gather up 15 people from your reserve and hold a vote. Who cares if there’s 1000 members?! Cede and Surrender.

These are a part of Bill C-45. There is a mass amount of legislation on the table. One that is supposed to come out next year, and perhaps one of the more eviler ones. The First Nations Private Ownership Act [FNPOA].

Essentially, the FNPOA allows First Nations to gain full title of their land and the chop it up into parcels for members to hold. Therefor an Indian can go into a bank and now get a loan and solve all their problems, non drinkable water, maybe mould in the house, no work in the community… ? That is the basis of this Act, the belief driving it. In addition, this bad sally is a chunk straight out of the White Paper. Thought we beat that one didn’t we? Alas, the Government is persistent and clever in disassembling their Acts and naming them pretty names so we think they are harmless.

Plus! The FNPOA will allow people to sell their land to Non Aboriginals AND corporations. If people are struggling and the government is going to continue to make it harder to exist in First Nations communities then there are chances these will be sold off. What about our future generations? Where shall they live? How dare you insult us with such a piece of legislation. How fucking dare you? (I have the right to swear in my blog haha)

One more thing… This Act is based on the 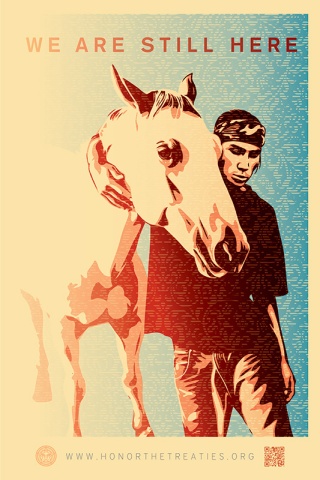 belief that acting and living as a collective is “outdated”. It is something short of “communism”. This act, is based on assimilation and individualism. Collectivism is not dead, just look at the past week. WE ARE STILL HERE!

The day came, just a few weeks ago, when my heart sunk to my stomach and realized this feeling, this identity called “Canadian” will forever be separate from me. My Grandma was 20 when she finally became a “citizen” in 1960. That right there is fresh. How can I be a Canadian when their Government is devoted to the undoing of my people and thereby denies my right to existence. There policies are saying to me, and thousands of other First Nations in Canada, that not only are we not equal citizens, like this civilization wasn’t birthed from our lands, our sweat, our backs but says that our very nature is offensive. I want my children and grandchildren to have fond memories of Canada, new ones. Ones where mutual respect and understanding exists.

IDLE NO MORE is a beautiful movement, even though the circumstances under which we unite are not. A grassroots movement of First Nations people throughout Canada. In over 19 cities and COUNTING, First Nations people are taking to the streets and engaging in peaceful protests. We will no longer stay silent and sit idly by and let you continue to destruct our land and the ways of our peoples. This movement was birthed by our inherent duties and obligations, to watch out for the future generations and to take care of the land.

e will not back down. You will hear our voices rumble outside of your chambers until you let these voices at your decision making tables. We are fighting today so that the covenants that were signed by our Grandfathers and Grandmothers are honoured and respected. We are not going anywhere. We are here and we demand that you honour your commitments. We want change and we will have it.

I hosted a small Idle No More event in Merritt BC, a total of 6 of us armed with signs took to the streets. Our numbers were small but our hearts were big. After that we did a teach in session at the local education institution where we had around 35 Indigenous people of all ages. We drummed, we prayed, we did a presentation and we heard from leadership and signed petitions.After holding this and watching the videos, seeing the pictures, and hearing the stories from the Idle No More rallies, I don’t think I’ve ever been more proud to be a Dishinit Sakeh.

We are a beautiful people and our dreams are still alive.

When we are equipped with knowledge about the political climate, about the harper agenda, it is up to us to share our teachings. It’s action behind the scenes. Talk to some one and inform them about whats going on, if you have no clue then ask some one! We can use the white mans education and tools to defeat their systems. We view their papers and legislation through the drum, through our culture. Our ways always come first.

There is still work to be done